Ice falls and the AT

The weather looked perfect for the weekend, so Sunday, we went hiking.  I had just run 16 miles on Saturday, but THE MOUNTAINS WERE CALLING.

I’ve been dying to check out Crabtree Falls and figured with the warm week we had had (even though there was snow), it was very likely mostly thawed.  I was sort of wrong and sort of right.  It had thawed out a LOT, but not enough.

We parked in the Upper lot and vowed to check out the crazy bridge in the lower lot that now led to nothing and was blocked off by signs warning about the dangers after we finished our hike. We should’ve suspected our hike would’ve been cut short by how slick the parking lot was.  We got to the “bottom” observing area right away and marveled at how beautiful the falls were- especially since they were still partially frozen.  The idea of anything moving that quickly freezing in place was mind-blowing. 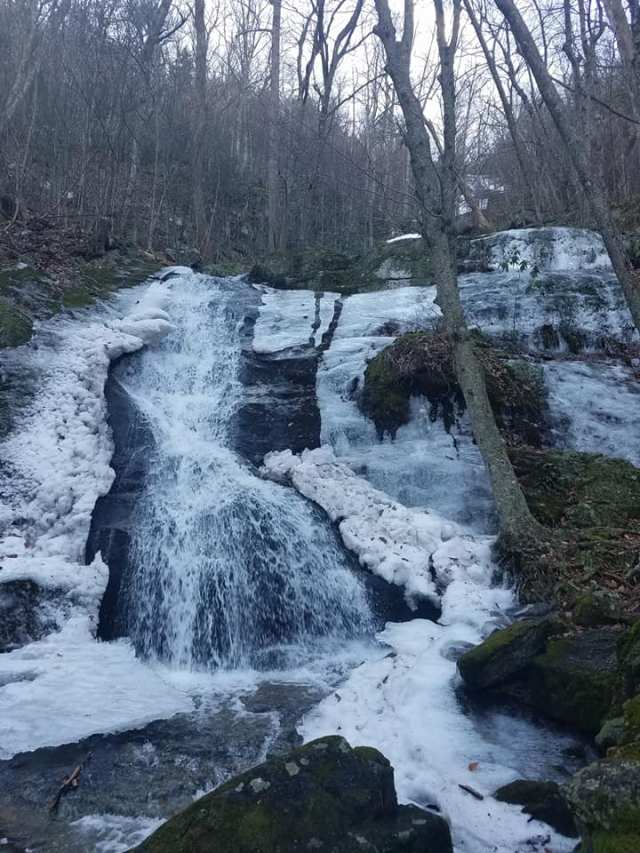 Everything to the right of that rushing water in that picture was frozen solid.  And we aren’t talking some thin drizzling water that splatters over the sides of those rocks. That ice was THICK.  After a few pictures, we started trekking our way up. 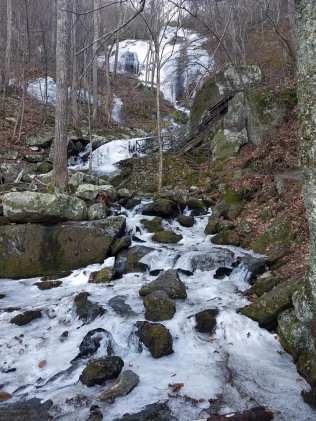 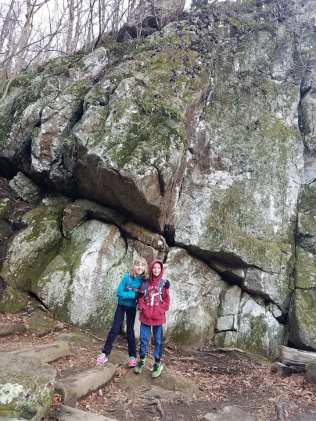 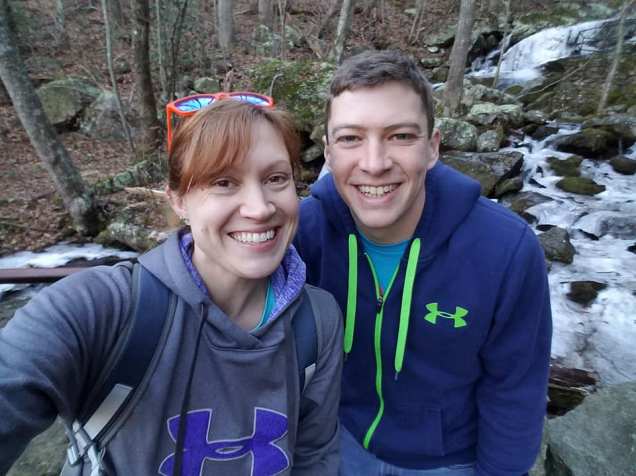 We had only made it about 3/4 of a mile until we could not go any further.  The path was completely iced over. 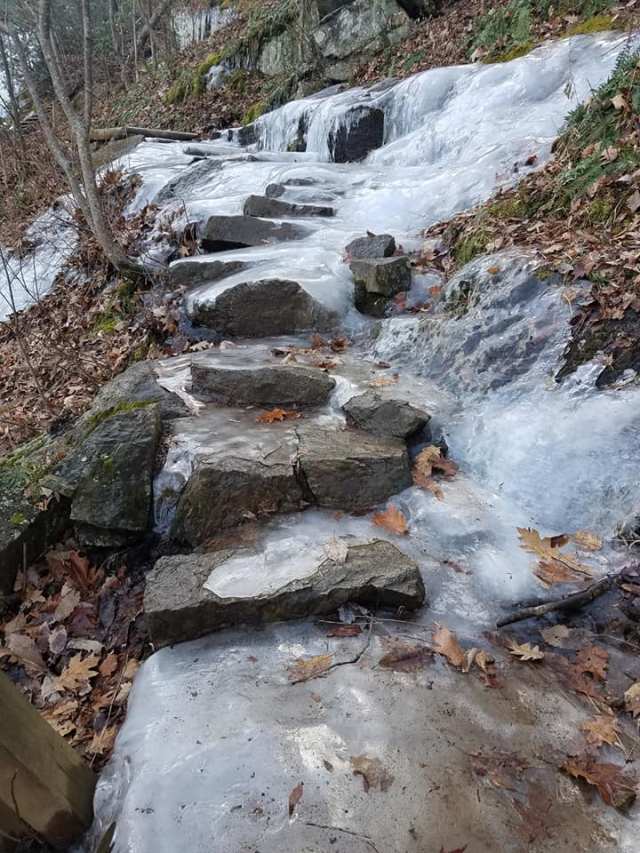 Several people were going up and around on the side of the hill, but with the kids there, that was not even something I would entertain.  Not only was it dangerous, but there were also signs asking us to stay on the trail and what kind of hiking example would I be to my kids if I disregarded what was asked of me by those who maintained the trails?

Our journey up this mountain stopped here for the day.  But, the way down was speckled with plenty of photo opportunities.  Even with the spoils at the top blocked, this was easily one of the most beautiful trails I’ve been on. 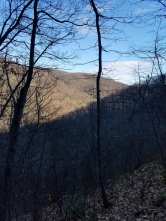 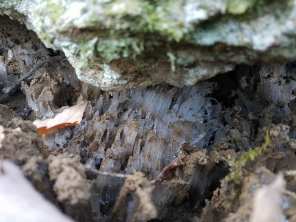 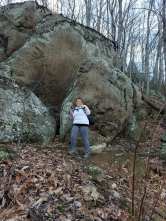 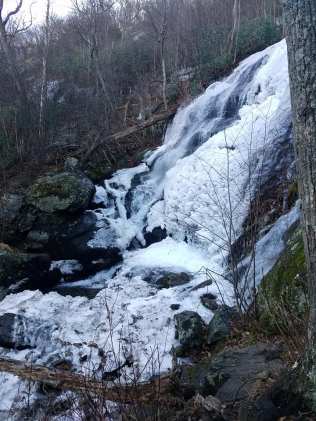 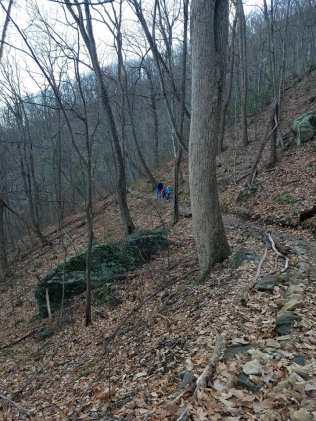 The hike wasn’t very difficult for the kids as there are plenty of wooden and rock steps to help easy the elevation gain.  One last picture and we headed back to the car to check out the crazy bridge. 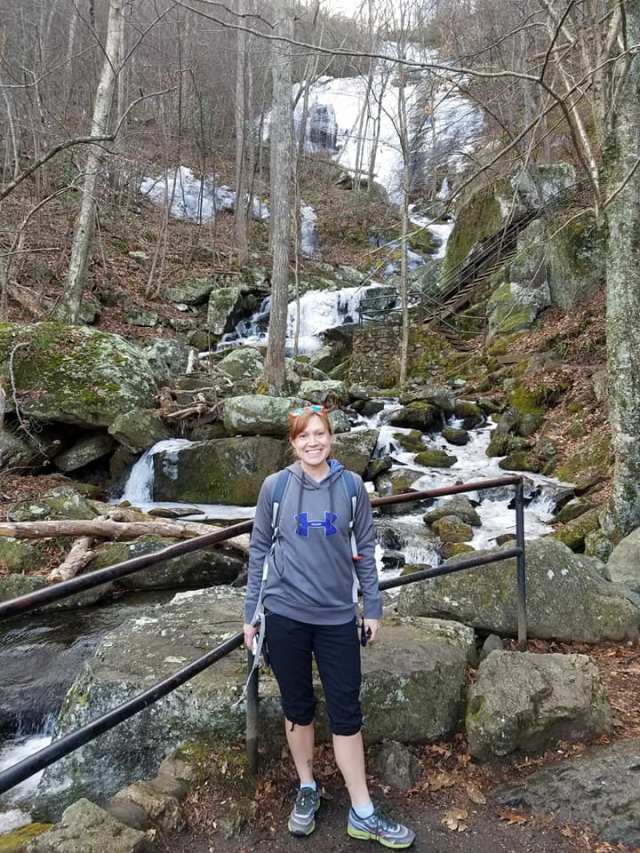 Okay. If I’m going to be honest here, I did not care at all about the bridge after I noticed a creepy payphone just hanging out to the side of it.  THERE WAS A PAY PHONE IN THE WOODS.  I kept half-expecting it to ring, but it never did.  Obviously, I would not have answered it if it did. But, seriously, is that not begging to be part of some horror movie? 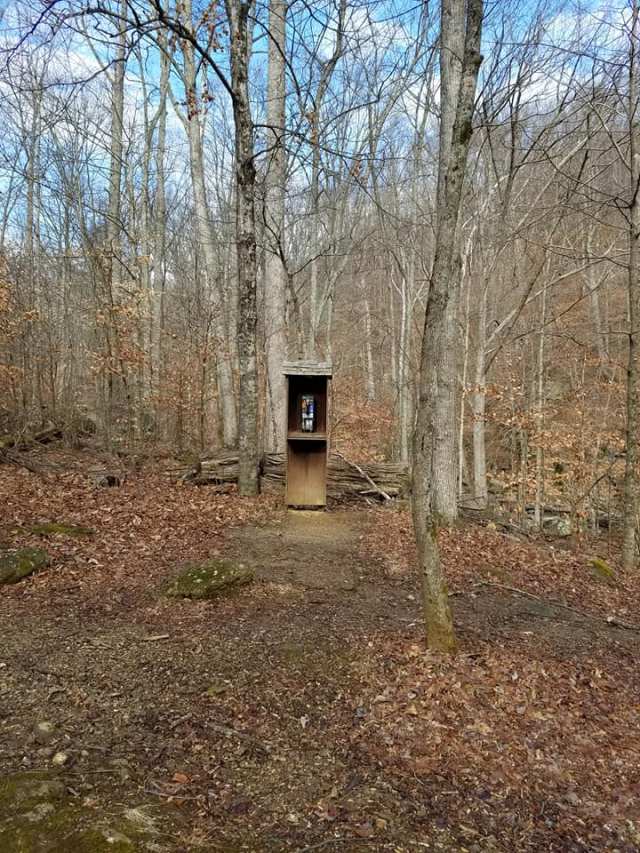 The bridge was super pretty, and I’m glad we checked it out.  Shame it couldn’t be walked on.  I mean, it probably COULD have been, but the sign said not to, and I trust signs for the most part. 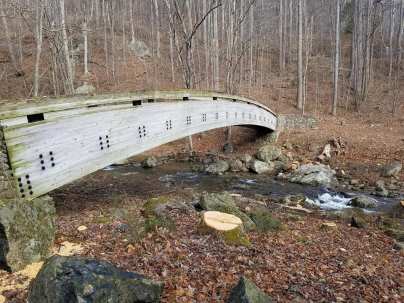 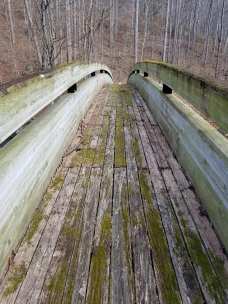 I had seen the Appalachian Trail crest on the way to the Crabtree Falls parking lot, so obviously given my obsession with that amazing trail, we decided to park in that lot and give that area a little hike. First, we crossed the street and went Northbound for a second because we spotted the coolest suspension bridge from the road.  And it was SO cool. The bridge took us over the Tye River which was one of the clearest, most beautiful bodies of water I’ve seen in a while. 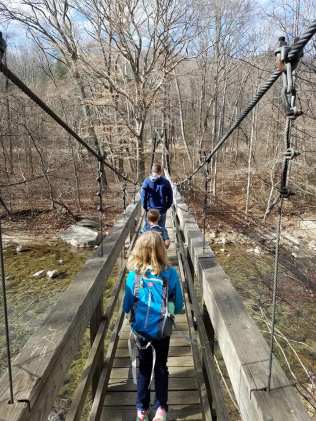 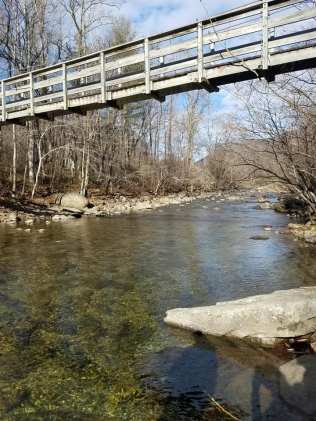 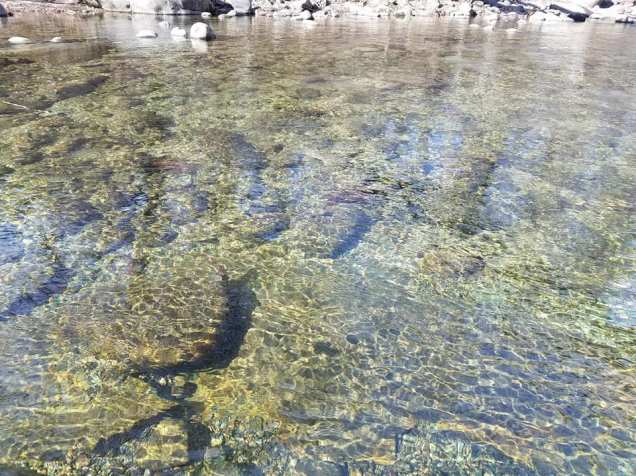 The bridge itself was a little scary because it shook back and forth, but that water. I mean, look at it. The sign up ahead shared miles to a couple shelters and then the trail took a steep uphill.  Feeling particularly unclimb-y after our jaunt on Crabtree falls, we decided to about-face and start hiking southbound.  We entered a section called “The Priest Wilderness”. 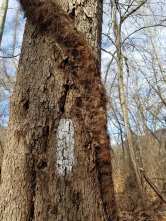 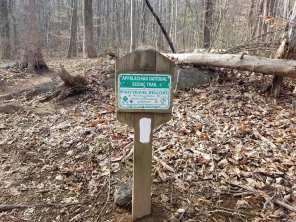 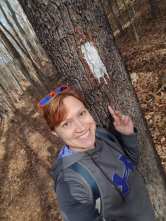 This section was uphill, too, but so slightly that we traveled pretty quickly for like a quarter mile before spotting more “waterfall” type movement.  I’m a sucker for bodies of water so I had to snag a pic even though we were so far from it.  From here the trail took a steep incline and we decided our hiking was done for the day. 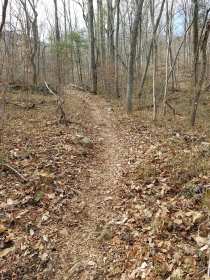 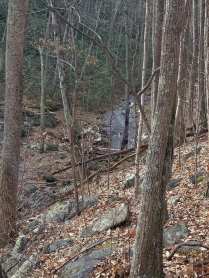 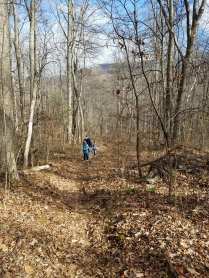 Come to find out, though, that up that steep incline was many many splendid views and now, obviously, I need to go back and hike that.  My friend, Kat, and I have hopes to thru-hike the AT in the year 2028 (or sooner!) and love when we can scope out sections of the trail.  By the time we actually plant our boots at the beginning, I hope to have hiked more than half of it in sections. 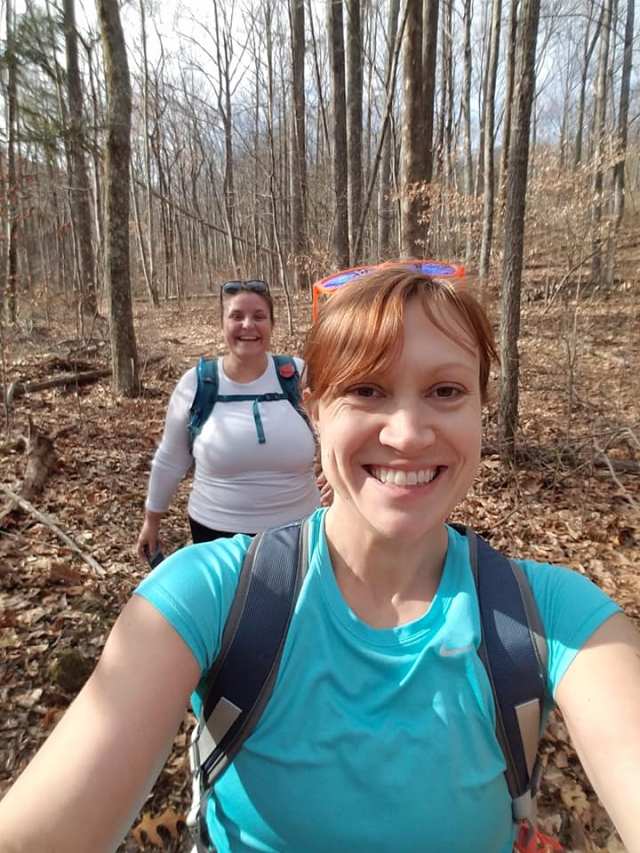 For now, though, my family and I (and Kat a lot of the time!) will never stop exploring.  There is so much to see and nothing quite like taking a walk in the woods to reset your mood and relax your mind.

If you know of any good thru-hiker books, please suggest them in the comments! I have read a few, but can’t get enough of them.